Ready position
At the point where your opponent is about to hit the ball, you should be in a ready position. Feet at shoulder width apart, knees slightly bent, on your toes, elbows and paddle out in front of your body. Being in a ready position is more important than your position on the court.

The Serve
You should aim your serve 5 feet in front of the baseline and at least 5 feet front the sideline. Do not miss your serve. For more experienced players with faster serves, your aces should outnumber your faults.

The Return of Serve
Always make the return of serve. Stay at least 1 foot behind the baseline and in a ready position. If you are not at least 1 foot behind the line, you will miss a deep serve. Hit the ball slow and well over the net height to allow yourself time to get to the no volley zone line. Aim your shot 5 foot from the base line and 1 foot from the center line (usually their back hand). This is not the time to try and hit a winner.

Ball Placement
Placement is always more important than speed. Never hit the ball harder than you need to. Aim your shots for the opponents feet. These are the hardest shots to return and the least likely to be hit back hard and fast. Once at the NVZ line, most of your shots should be soft shots into the NVZ (kitchen). Be patient and wait for your opponent to make an error. The ball should clear the net by at least a foot before you try for a winner.

Sideline Shots
Sideline shots should mostly be soft shots. Placement over speed. Hit these when you have the advantage such as your opponent is out of position, their backhand is to the sideline or you have an easy ball to hit. On defense, you should protect the middle of the court more than the sideline. Shots hit down the middle have a much less chance of going out than ones hit down the sideline. Play to the odds.

Drop Shots
When your opponent has returned your serve, your best shot is a soft one into the NVZ (kitchen). Your opponents are probably already at the NVZ line and a fast shot is likely to be a loser. The other alternative is a lob shot, but this is a more difficult shot.

Get to the Net
The receiving team has the advantage and will win most of the points. Why? Because they are usually the first to get to the net. After each shot by your team, take at least one large step toward the net before getting in the ready position. Get to the net as fast as you can without sacrificing readiness.

Poaching
Poaching is designed for hitting a winning shot. This means that the ball should be to your forehand and at a height that will allow you to hit a winner. Don’t poach with your backhand unless you have a very strong backhand and the ball is high enough to hit a winner. Give occasional head and shoulder fakes to keep your opponents off balance.

Unforced Errors
Hit the ball soft and in the center of the court at their feet. This is the highest percentage shot and doesn’t give your opponent an offensive shot. Fast shots should only be attempted when the ball is at least a foot above the net and you have a good chance for a winner. If you hit the ball hard at your opponent, be prepared to get into the ready position very fast as the ball is likely to come back to you at the same or greater speed. Don’t try angle shots unless you have an easy shot to make. Don’t hit these too fast which will reduce your accuracy. Never aim for the line. Give yourself a little room for error. Always keep the ball low over the net. To win the game, keep the ball in play and let your opponent make the errors.

Aim your Shots
This all depends on where everyone is at on the court. If your opponent is deep, aim for 1 foot behind their feet on their backhand side. If all 4 players are at the net in a volley situation, aim for the front pocket of their dominate hand. This will jam them and be difficult to return. Also you can hit the ball to any open spot caused by your opponent being out of position. The key to this shot is accuracy so hit the ball softly. These shots often end in a fault when hit hard, especially when aimed toward the sidelines.

Dinking
This is a defensive shot when players are at the kitchen line (NVZ). A proper dink will prevent your opponent from making an offensive shot. If hit hard, the ball will either go into the net or high over the net giving you the opportunity for an overhead slam. Your goal with this shot is to keep dinking until your opponent either makes a fault or gets the ball up high enough that you can put it away.

Lobbing
This is a defensive shot designed to force your opponent to move back from the kitchen (NVZ). This shot has 1 of 3 outcomes and only 1 is good. The good outcome is when the ball drops near the baseline forcing your opponent to make a difficult shot. The other 2 outcomes are either that the ball is hit too deeply and goes out of bounds or is hit to shallow and your opponent has an overhead opportunity. The better defensive shot in this situation is a drop shot into the kitchen (NVZ). 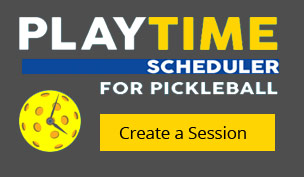 Save 5% off your order from Pickleball Central and 5% is donated to our local club
Use the following code at checkout: crchico 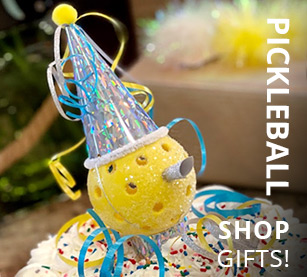 Sign up for our newsletter to hear about upcoming fun events, clinics, local pickleball news and occasional tips to improve your game!

You have Successfully Subscribed!